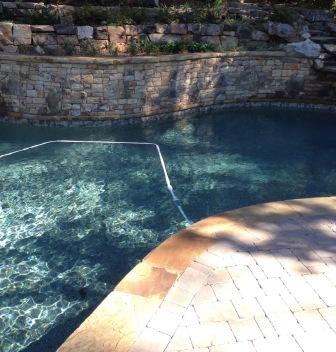 Stones are as old as the Earth itself and the craft of stonemasonry is one of the earliest trades in civilization’s history. During the time of the Neolithic Revolution and domestication of animals, people learned how to use fire to create quicklime, plasters, and mortars. They used these to fashion homes for themselves with mud, straw, or stone, and masonry was born. This profession is not about laying bricks at all. It is all about crafting and shaping stones.

The Ancients heavily relied on the stonemason to build the most impressive and long lasting monuments to their civilizations. The Egyptians built their pyramids; the civilizations of Central America had their step pyramids, the Persians their palaces, the Greeks their temples, and the Romans their public works and wonders. Among the famous ancient stonemasons is Sophroniscus, the father of Socrates, who was a stone-cutter.

Castle building was an entire industry for the medieval stonemasons. When the Western Roman Empire fell, building in dressed stone decreased in much of Western Europe, and there was a resulting increase in timber-based construction. Stone work experienced resurgence in the 9th and 10th centuries in Europe, and by the 12th century religious fervor resulted in the construction of thousands of impressive churches and cathedrals in stone across Western Europe. (Read more in “Pillars of the Earth” by Ken Follett.)

During the Renaissance, the stonemason's guild admitted members who were not stonemasons, and eventually evolved into the Society of Freemasonry; fraternal groups which observe the traditional culture of stonemasons gather in what are called Masonic Lodges but are not typically involved in modern construction projects.

The Renaissance saw stonemasonry return to the prominence and sophistication of the Classical age. A medieval stonemason would often carve a personal symbol onto their block to differentiate their work from that of other stonemasons. This also provided a simple ‘quality assurance’ system.

The center stage for the Renaissance would prove to be Italy, where city-states such as Florence erected great structures, including the Cathedral of Santa Maria del Fiore, the Fountain of Neptune, and the Laurentian Library which was planned and built by Michelangelo Buonarroti, a famous stonemason sculptor and artist of the Renaissance.

When Europeans immigrated to the Americas, they brought the stonemasonry techniques of their respective homelands with them. Settlers used what materials were available, and in some areas stone was the material of choice.

In the 20th century, stonemasonry saw its most radical changes in the way the work is accomplished. Prior to the first half of the century, most heavy work was executed by draft animals or human muscle power. With the arrival of the internal combustion engine, many of these hard aspects of the trade have been made simpler and easier. Cranes and forklifts have made moving and laying heavy stones relatively easy for the stonemasons. Motor powered mortar mixers have saved much in time and energy as well. Compressed-air powered tools have made working of stone less time-intensive. Gasoline and electric powered abrasive saws can cut through stone much faster and with more precision than chiseling alone. Carbide-tipped chisels can stand up to much more abuse than the steel and iron chisels.

Quarrymen split the quarried rock, and extract the resulting blocks of stone from the ground.

Ø    Sawyers cut the rough blocks into cubes to the required size with diamond-tipped power saws.

Ba  Banker Masons are workshop based and specialize in carving stones intricate  geometrical shapes required by a building’s design. They can produce anything from stones with simple chamfers (bevels) to tracery  (ornamentation) and windows, detailed moldings and the more classical building masonry.  The basic tools , methods and skills of the banker mason have existed as a trade for thousands of years.

Ø   Carvers cross the line from craft to art and use their artistic ability to carve stone into foliage, figures, animals or abstract designs.

Ø    Fixer Masons  specialize in the fixing of stones onto buildings using lifting tackle and traditional lime mortars and grouts. On specialist applications, such as stone cladding, modern cements, mastics and epoxy resins are usually used along with simple dowels and cramps or specialized metal fixings requiring the precise tolerances necessary to make this a highly skilled job.

The modern stonemason undergoes comprehensive training, both in the classroom and in the working environment for at least four to seven years.  Hands-on-skill is complimented by intimate knowledge of each stone type, its application and best uses in how to work and fix each stone into place.

Some jobs in stonemasonry may require that the individual stonemason be expertly skilled and advanced enough to perform and specialize in all of the branches of stonemasonry. A large construction site will usually require a crew of similarly skilled workers.

FRUIT OF THE EARTH

Stonemasons use all types of natural stone: igneous, metamorphic and sedimentary; while some also use artificial stone as well.

Granite is one of the hardest stones, and requires such different techniques to sedimentary stones that it is virtually a separate trade. Generally, however, it is used for purposes that require its strength and durability, such as curbstones, countertops, flooring, and breakwaters. Igneous stone ranges from very soft rocks such as pumice and scoria to somewhat harder rocks such as granite and basalt.

Marble has traditionally been used for carving statues, and for facing many Byzantine and Renaissance Italian buildings. The traditional home of the marble industry is the area around Carrara in Italy, from where a bright white marble is extracted in vast quantities. This was the marble favored by the renown sculptor Michelangelo Buonarotti.

Slate, also metamorphic,  is a popular choice of stone for memorials and inscriptions, as its fine grain and hardness means it leaves details very sharp. Meanwhile, its tendency to split into thin plates has made it a popular roofing material.

Many of the world's most famous buildings have been built of sedimentary stone, from Durham Cathedral to St Peter's in Rome. There are two main types of sedimentary stone used in masonry work, limestone and sandstone. Examples of limestone include Bath and Portland stone, which, because of its color, gets its name from the island of Portland in England.. York stone and Sydney sandstone are also well-known.

When roughly dressed stones are laid in a mortar the result is stone rubble masonry.

Stone veneer is used as a protective and decorative covering for interior or exterior walls and surfaces. The veneer is typically 1 inch thick and must weigh less than 15 lbs per square foot so that no additional structural supports are required. The structural wall is put up first, and thin, flat stones are mortared onto the face of the wall. Metal tabs in the structural wall are mortared between the stones to tie everything together, to prevent the stonework from separating from the wall.

Slip form stonemasonry is a method for making stone walls with the aid of formwork to contain the rocks and mortar while keeping the walls straight. Short forms, up to two feet tall, are placed on both sides of the wall to serve as a guide for the stone work. Stones are placed inside the forms with the good faces against the form work. Concrete is poured behind the rocks. Rebar is added for strength, to make a wall that is approximately half reinforced concrete and half stonework.

WHAT IT TAKES TO BECOME A STONE MASONRY PROFESSIONAL

Have A Great Story About This Topic?

Do you have a great story about this? Share it!

Click The Above Link To Get Your Dream Design Started Now!

Return To The home page

Plant Only Disease Resistant Crabapple Trees.  Make your selection from this book!!